Many consumers are skeptical about Amazon Go — first-day lines aside

By Troy Wolverton, Monday, January 22, 2018 - Amazon Go could be model for future retail stores. The new convenience store concept from e-commerce giant Amazon relies on cameras and sensors to detect when you enter and leave and what items you grab from shelves.

Instead of checking out, you get automatically billed for items as you pass through a special turnstile when you exit the store. Thanks to those features, Amazon is promising that customers will be able to get in and out much more quickly than at a traditional outlet.

The folks who lined up outside the first Amazon Go store on Monday in Seattle were obviously excited to take a step into the future of shopping. But consumers as a whole were much more skeptical about the whole idea not too long ago, as we can see in this chart from Statista, which is based on survey data from YouGov. Something that Amazon may want to keep an eye on: Few consumers were willing to pay more for the convenience Amazon Go promises. 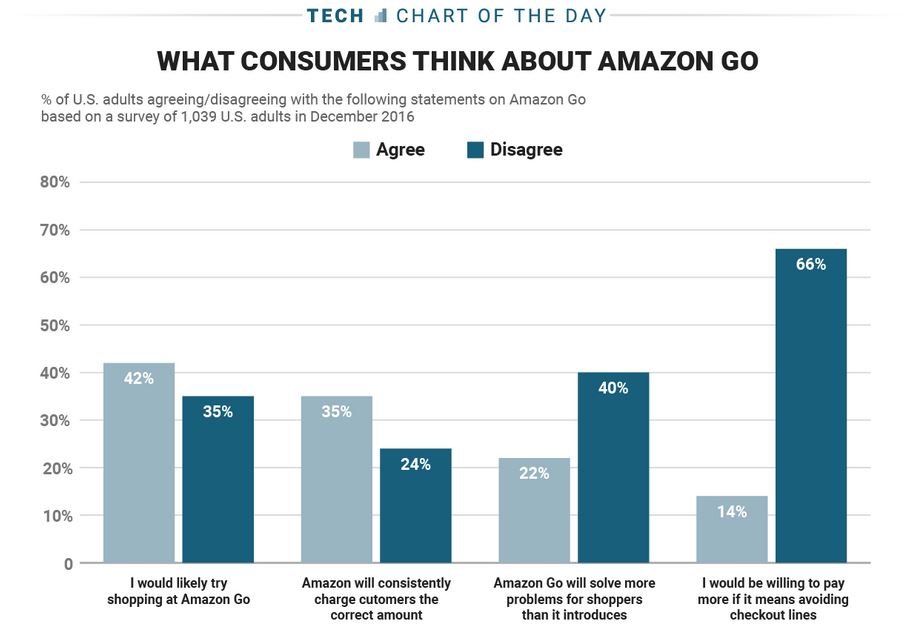 Join Us On
Social Media!